The great-grand nephew of Bram Stoker

Founder member of The Dracula Society

Founder of The Vampire Empire

The Nephew of Hamilton Deane

The first biographer of Bram Stoker

Director of the Bistrita-Nasaud Tourism Office in Romania

Founder of the Transylvanian Society of Dracula 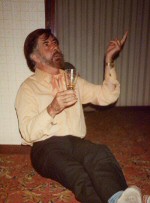 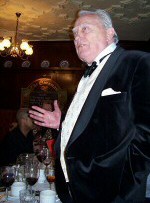 The Society honours the memory of our Co-Founder Presidents, Bruce Wightman and Bernard Davies, who founded the Dracula Society in October 1973.

The Sherlock Holmes Society of London, with which Bernard was associated for over fifty years, has published an obituary which details his life and work. 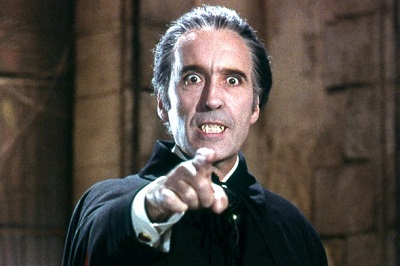 It was with sadness that the Society heard of the death of acting legend Sir Christopher Lee, on June 7th 2015, at the age of 93.

The first (and only) President of the Dracula Society, he felt unable to continue in that role for personal reasons soon after accepting it very soon after the Society's foundation, and he was sadly never personally involved with the Society after that.

The Society presidency was never offered to anyone else. After all, who could possibly have followed him?!

He always held a place in our hearts of course, for his iconic performances as "The Count" in the long series of Hammer Dracula films, beginning with the very first in 1958, and his many other horror roles, although these were but a fraction of his enormous body of work in films and television for over 60 years.

He fought to keep at least some of Bram Stoker's original dialogue in the script whenever he played the part of Count Dracula, and he realised his desire to portray the Count as physically described in the book, which Hammer would not let him do, in a Spanish film production in 1970.