Past Society Events in 2020

Click here for information about future events planned for the rest of this year and beyond.

Click here to see a timeline of the major Society events since our foundation in 1973!

In common with all similar organisations, our 2020 activities were severely curtailed due to the COVID-19 Coronavirus pandemic.

A weekend in Derby at Hallowe'en, following the theatrical Dracula connections of the Grand Theatre and Hippodrome Theatre.

At the former, Hamilton Deane's stage version of Dracula received its world première in 1924, and at the latter, Bela Lugosi performed his most famous role in 1951.

Also at the Hippodrome, in 1956, the horror actor Tod Slaughter (now considered to have been the last of the macabre melodrama "barnstormers") gave his last performance, in Maria Marten, before suddenly dying that night at his theatrical "digs" nearby.

We were shown both buildings by local expert Darrell Buxton, who gave us a fascinating account of their history. 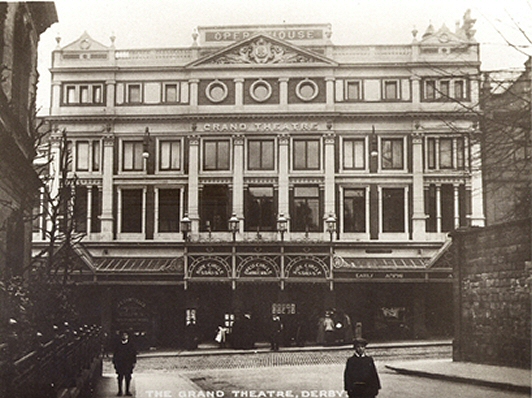 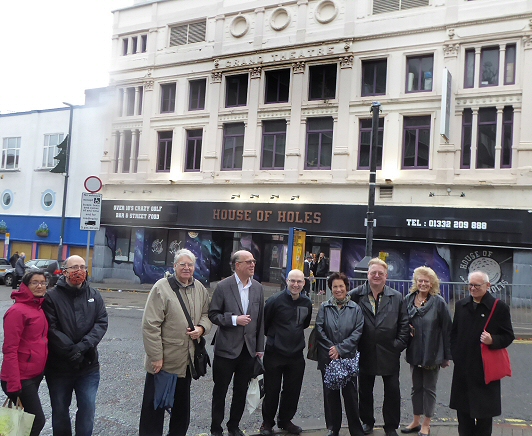 The group at the Grand Theatre as it appears today, with Darrell on the right

The Grand Theatre building, although much altered, still stands and is in use, but is no longer a theatre. 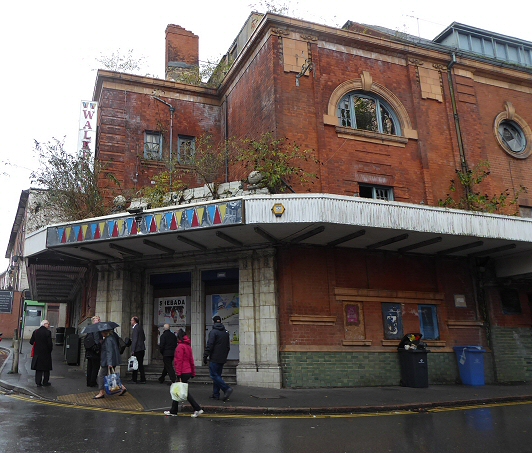 The sad state of the former Hippodrome Theatre building today 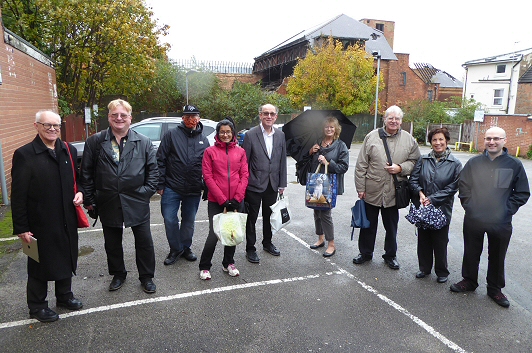 On Hallowe'en evening, we were treated to a screening of the 1968 Hammer production, Dracula Has Risen from the Grave, at the QUAD art cinema, introduced by Darrell, which was much appreciated by all.

A talk by author Frances Hardinge, whose A Skinful of Shadows was our 2017 Children of the Night Award winner.

"Frances grew up in an old house in rural Kent, England where the wind wuthered. She has always liked dark stories – when she was six, she wrote a short story that included an attempted poisoning, a faked death and a villain being thrown off a cliff – all in just one page!"

This introduction from Frances's website sums up her background perfectly, she began writing at a precociously young age, and is now a highly successful and multi-award winning "young adult" genre author.

Wearing her trademark black felt hat, she regaled us with the story of her background and how she gets the inspiration for her work, some of which is set in real historical settings, and some in fantastical worlds from her amazing imagination.

A hugely entertaining and informative evening.

For our traditional New Year film screening, we presented for the first time at a Society event the early silent classic horror The Cabinet of Dr. Caligari. This marked the centenary of its original German première in February 1920.

Described by one film critic as "the first true horror film" this is the quintessential example of early German expressionist cinema.

It is justifiably famous for its twisted surreal sets, conveying an impression of the mind of a madman. Is its protagonist actually a delusional lunatic in an asylum, or is his story horrifyingly true? The audience is left to decide.