THE FOLLOWING ITINERARY IS FROM A PAST SOCIETY TRIP, AND IS PRESENTED FOR INTEREST ONLY, TO ILLUSTRATE THE TYPE OF TRIP THAT THE SOCIETY ORGANISES WITHIN THE UNITED KINGDOM

A five day trip to the Highlands and Aberdeenshire, staying for one night in Inverness, and three nights in the fishing village of Cruden Bay, where Bram Stoker wrote much of his fiction (including parts of Dracula). We will also visit Loch Ness, some of Scotland’s most picturesque castles, a distillery, and enjoy free time in Inverness and Aberdeen. 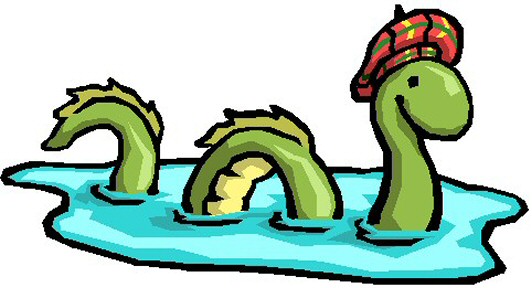 The appearance of this creature is not guaranteed!

Free time for lunch and to explore the castle made famous by Shakespeare’s "Scottish play".

Depart for Loch Ness, visiting the Monster Visitor Centre and Urquhart Castle on the shores of the lake.

Return to Inverness for overnight stay. 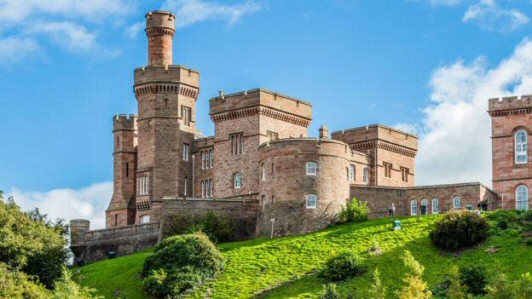 Morning at leisure in Inverness, with opportunity to visit the castle or take a local bus out to Culloden Moor to explore the battlefield. We then proceed to Cruden Bay by minibus for a three night stay.

Evening at leisure, with dinner booked at the Kilmarnock Arms hotel, where Bram stayed with his family in 1894, and where we will be able to see his signature in the guest book of the time!

After breakfast we have a walking tour led by Mike Shephard, who has made an extensive study of Bram Stoker's connections with the Cruden Bay area, including speaking in past years with locals who actually remembered Bram being in the village!

The walk will include the cottages used by Bram in the village, and Slains Castle, actually a former stately home, which is now a spectacular ruin perched on the cliffs overlooking the sea.

Bram would almost certainly have been a guest there, and referenced its "octagonal room" in Dracula.

We then depart with Mike by coach to visit local locations familiar to Stoker, including the inspiration for his 1895 novel The Watter’s Mou', and Whinnyfold where he stayed in a cottage in 1902 and wrote The Mystery of the Sea.

We then head south to Aberdeen, for free time for lunch and to explore the city. Depart Aberdeen to visit the spectacular cliff-top castle of Dunnottar before returning to Cruden Bay. 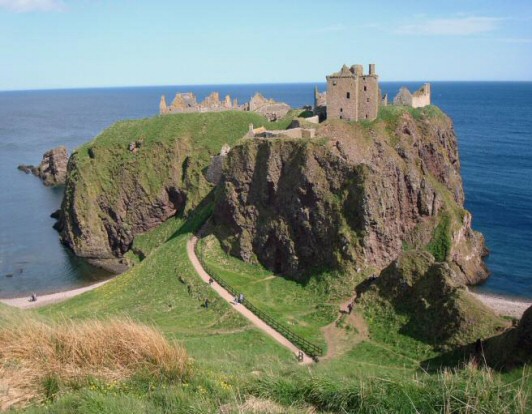 Depart by coach after breakfast for Gight Castle, ancestral home of Lord Byron. After a lunch break in Huntly we will visit Huntly Castle, followed by a visit to the Strathisla Distillery, the oldest and most picturesque in the highlands, dating from 1786.

We then visit the ruins of Tolquhon Castle, before our return to Cruden Bay.

Evening at leisure, with dinner booked at St. Olaf's hotel. 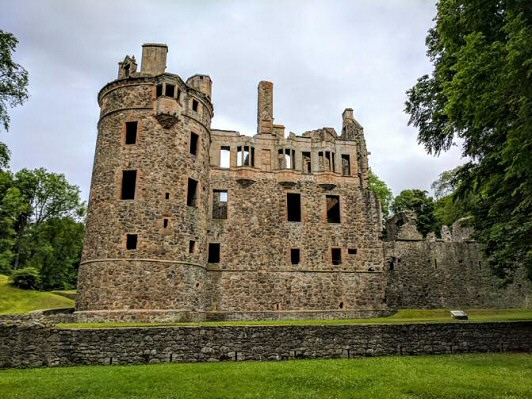 At leisure in Cruden Bay, with an opportunity after breakfast to visit the beach with Mike Shephard, to see some of the spots where Bram would sit and plan his work.

We will then make our way back to Aberdeen in our own time for our journeys home. 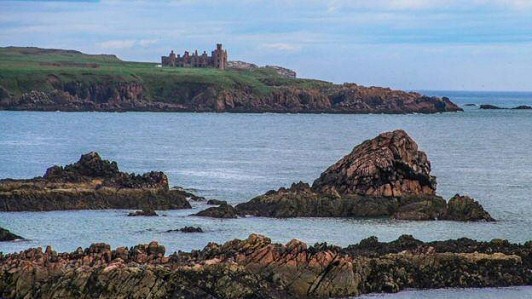 For our one night in Inverness, we reserved en-suite rooms in two establishments just a few yards from each other: the Black Isle Bar and Rooms and The King’s Highway Wetherspoon.

In Cruden Bay we booked rooms at The Kilmarnock Arms, where Bram Stoker stayed (and signed the guest book in 1894!) and also rooms at the nearby Cruden Bay Bed and Breakfast, formerly the Red House Hotel where we all stayed on the first trip in 2000.